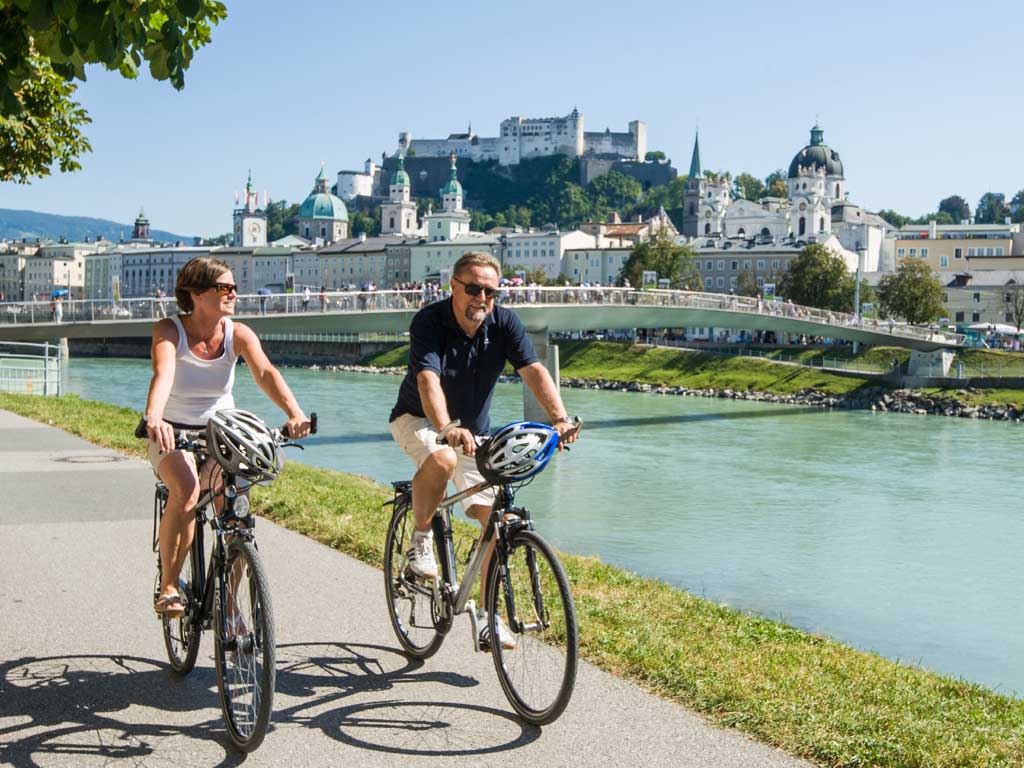 The city of Salzburg is one of the most cycle-friendly cities in Austria: 20% of the journeys are done by bicycle. For their shopping trips in the inner city as many as 30% of traffic participants are using the bicycle. This makes Salzburg one of the cycling capitals in Austria and therefore it cannot be absent from the group of CycleCompetence promotion members.

The cycling routes along the Salzach river have long been upgraded to cycling-‘highways’ without crossings. On peak days, over 9,000 cyclists are counted at the underpass of the “Staatsbrücke”. All 13 main bridges in the city have been rendered cycle-friendly. Apart from 183km real cycle paths there are 28 signed cycling routes through the city. Many solutions for cyclists have been realized as part of the road space. In 2018, the city of Salzburg developes a concept for a main cycling network ” Radhauptnetz “and is host to the European Cycling Summit / Europäischen Radgipfel titled “Cycling culture moves”.

The cycling city in figures

The implementation of important individual projects as well as gap closures, like the new Wilhelm-Kaufmann jetty in the South of Salzburg or the bridge over the Rudolf-Biebl road are as important to the success of the cycle traffic policy of the city of Salzburg as are the many detailed and individual measures in the city centre and the residential areas.

Recently many measures were taken to promote the combination of public transport and bicycle. Apart from roofed cycle racks at all rapid train stations there were also cycle boxes placed at certain stations. One highlight is the new Bike & Ride facility at the main station, at the Schallmoos exit with 600 roofed cycle parking spaces and 64 cycle boes. These measures are subsidised from the climate and energy fund.

Read all articles with this member here